Animal assisted therapy help passengers in San Francisco airport to manage stress? The thought of traveling may be alluring, but being at an airport isn’t.

In there, you go through an overcrowded terminal and sometimes even get to face delayed or canceled flights, which are just disappointing. But don’t worry, San Francisco Airport has a perfect solution to that.

With the Wag Brigade, a team of animal assisted therapy (AAT)/complementary type of therapy, people could now travel all they want without going through so much stress. This organization was established in the year 2013 upon the airport’s official collaboration with the San Francisco SPCA.

However, the idea originated way earlier, from an employee of San Jose Airport!

Without any other motive aside from getting to enjoy the company of his buddy, that worker brought his pup during duty hours. At first, it only served as his assistant until people began to notice and interact with the puppy.

Soon the staff realized that bringing the dog in the airport helped ease their passengers’ tension. Individuals who have come in contact with him showed to be more relaxed. Having learned about this, the San Francisco Airport did not waste time and immediately set up the ‘Wag Brigade’ project.

They started recruiting pets and trained them to survive the airport environment. Once the facilitators become confident enough that the animals could manage the noise and the crowds, they then deploy them to terminals to deliver their mission.

The project, as expected, received a positive response. In a proud statement by Jennifer Kazarian, the War Brigade’s supervisor, she shares that as the hounds were brought to their assigned areas, even those who were engrossed with their mobile phones looked up and started interacting with them!

They War Brigade has greatly improved since. They are now with 22 active members. They’ve even branched out to accommodate not cats but pigs! Now, If that doesn’t reduce someone’s stress level, we doubt anything will. 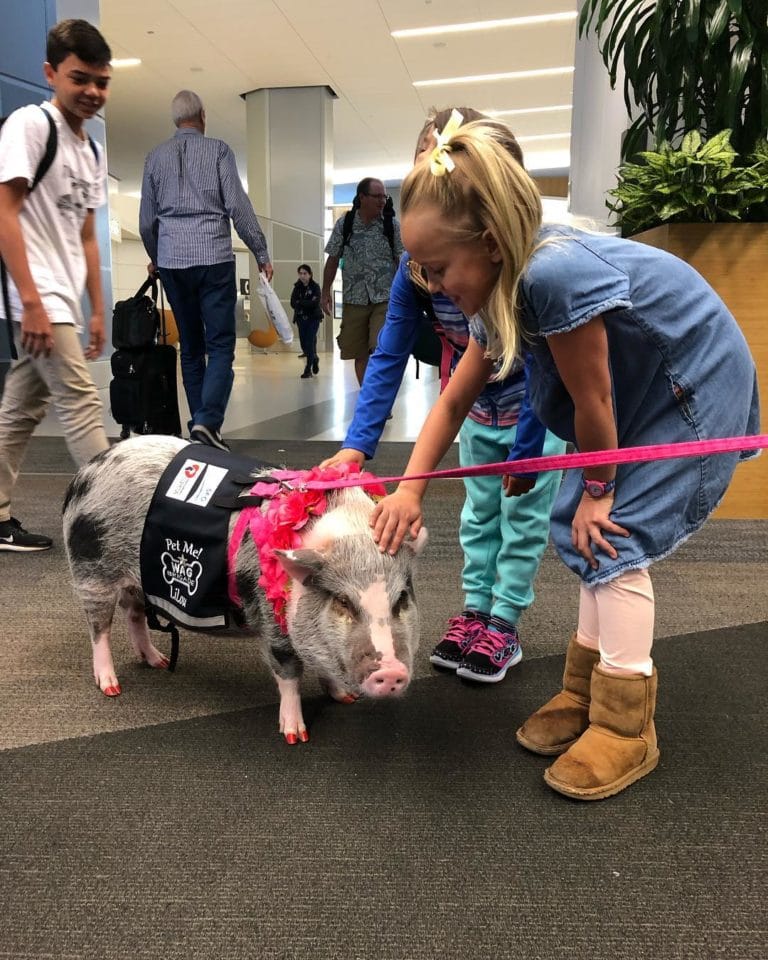 Doggo Group is a team of dog lovers and dog owners who love to share dogs' lifestyles and stories. Doggo Group was born after a few military dog owners met with other pet owners overseas. The love for these pets is a fantastic tool to connect not only dog stories but people who consider these dogs as family members. Thanks to some of these stories, we have become great friends and even family in some instances. Dogs are considered humans' best friends in many places on this planet, and we want to contribute to the dog's legacy into this world.

Our website is made possible by displaying online advertisements to our visitors. Please consider supporting us by disabling your ad blocker.

Any cookies that may not be particularly necessary for the website to function and is used specifically to collect user personal data via analytics, ads, other embedded contents are termed as non-necessary cookies. It is mandatory to procure user consent prior to running these cookies on your website.